What is Beyond Us

Richard Loskot, winner of the Czech Centers audience prize at the 2017 Chalupecký Award, creates in his installations modern technological still lives and subtle spatial compositions, through which he continuously informs the viewers about his long-term research into the 'invisible' and 'what is beyond us'.

Loskot analyses space from a technological point of view in order to create open systems that emphasize the interrelationship of the environment, natural light, radio waves and, at times, the presence of visitors. For example, the environment may undergo variations as a result of the physical presence of people who potentially, and unknowingly, alter its state (for example by changing the humidity and temperature). 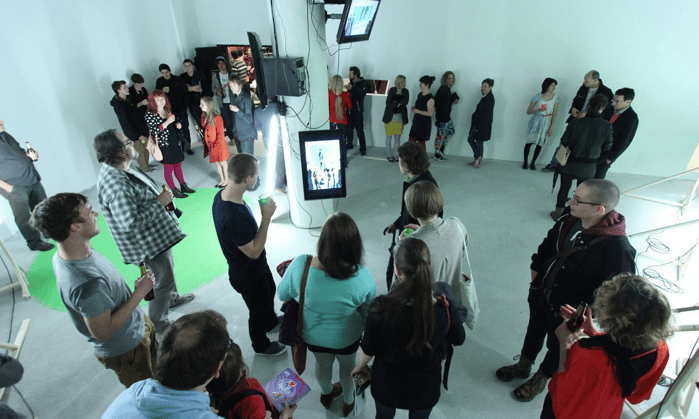 Richard Loskot was born in Most, and lives and works in Usti nad Labem. He studied in the faculty of art and architecture in the Technical University of Liberec, as well as at Munich School of Fine Art. He has exhibited in Germany, the UK, and in Romania, as well as in the Czech Republic and in Slovakia. In 2012, 2014 and 2017, he was one of the five finalists for the Jindřich Chalupecký Award, one of the most prestigious art prizes in Czech Republic. Loskot has been awarded the second prize, the Czech Centers audience prize, at the latest Jindřich Chalupecký Award in 2017.

In January and February 2014, Richard took up a residency in the International Studio & Curatorial Program of New York. In September 2014 he took part in the group exhibition 'Europe, Europe', at Astrup Fearnley Museet in Oslo. He is currently participating in two group shows: 'Nature, Arte ed Ecologia', in Trento, and Arthouse Lapidarium at the National Museum in Prague.